Frankie has been working on transforming lives for over six years now. He has spent time as a personal trainer and nutrition coach working with hundreds of clients on getting the results they want. He realized a long time ago that nutrition needs to be individualized which is where 4U nutrition was born.

​Frankie was an athlete growing up and has been working out since 12 years old. It wasn’t until his early 20’s that he started to realize the true effect of fitness and nutrition. At the early age of 21 Frankie battled severe depression and put on 40 pounds. One day he decided it was time to take his health into consideration and begin his new fitness journey.

He knew nutrition was the way to make him look and feel better but didn’t know where to start. He tried following basic meal plans and they worked for a short term but ultimately failed him. It wasn’t until he started working with a friend that helped him develop a plan that worked for him.

He struggled for three and a half years to lose 25 pounds and achieve his goal.

​
That journey is what lead him into coaching others. He made a promise that he didn’t want other people to go through what he did and spend over three years trying to get results. He started working with clients at Faster Fitness in Fullerton CA in 2013. He quickly became the “Nutrition” coach and started impacting lives. After several years of mastering his craft he knew that he could be helping more people. March 5th 2018 is when 4U Nutrition was born. He knew that he was limited with coaching people in person. He created 4U Nutrition online to broaden his IMPACT on the world. His love for coaching people to a healthier version of themselves is what drives Frankie today. 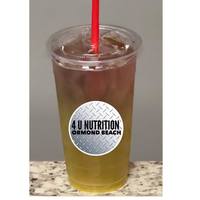