What if your favorite fine restaurant were to start offering even better menu choices – while also offering lowered prices and a reduced wait time? You’d probably start going there more often and telling your friends about it. What if you were in the restaurant business, as well? You’d definitely want to know how they were able to accomplish such a feat! In the medical testing industry, Vista Clinical has been able to do just that. Learn more about how here:

We’re talking about an independent lab that has grown at an average rate of 65% per year for 13 years. A lab that recently began partnering with other labs – sharing its formula for success – and is now helping those labs grow, as well. In its many spa-like centers, Vista Clinical offers the industry’s most advanced testing (including molecular pathology) affordably priced –  and boasts 98.6% of its test menu results  delivered the same day.

When Vista began offering same-day results in 2004, physician after physician would express their disbelief – “You can’t give me results that fast. It’s impossible!” – to which Vista simply said we would: And we did. Not stopping with improved efficiency, Vista then began charging self-pay patients at competitively low rates. Countering those who might have thought Vista’s low rates were just a market-penetration tactic for the short term, that pricing structure has remained in place for the long term. Yet, none of these accomplishments would have been possible had Vista not been founded on the principle of caring, first and foremost, for the patient.

At Vista, we pride ourselves on three principles which set us apart from other companies in the Healthcare Industry. We began our company to make a difference, and we continue to uphold these standards each and every day. 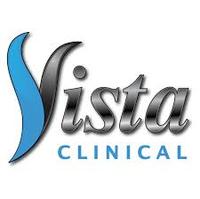